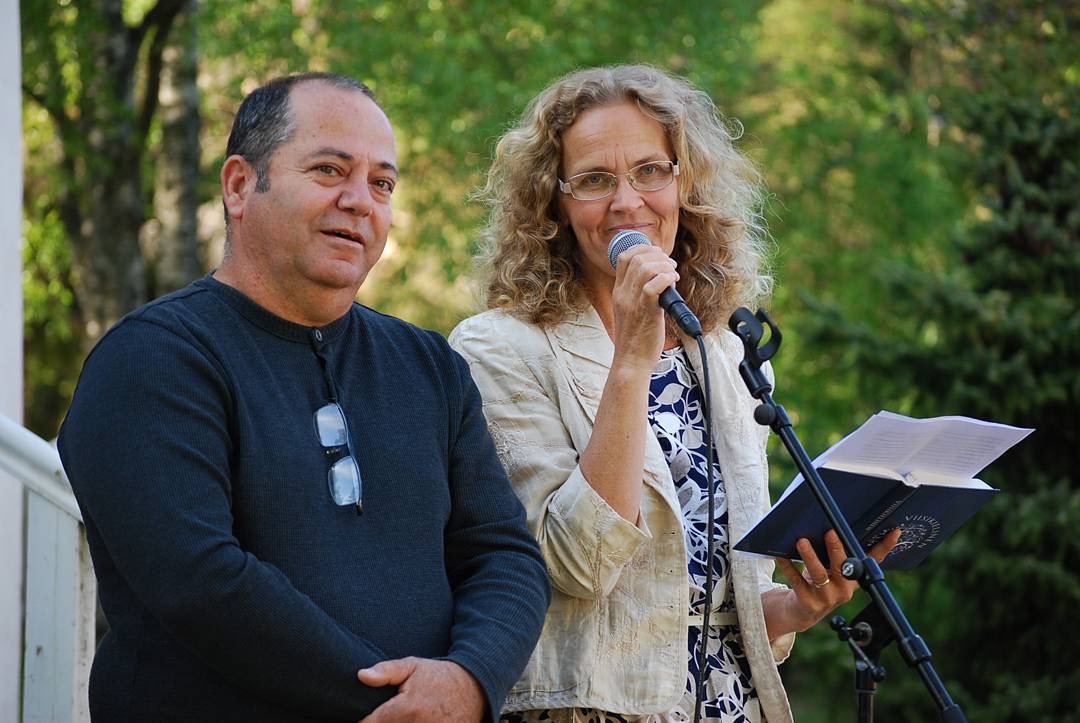 Our Story from Elias’ perspective:

My Years in Family Business

I am an Arab Christian with deep roots in Galilee going back for hundreds of years. My father was born in Haifa, and I and my son as well. Haifa is a multicultural harbor city. Jews from all over the world, Arab Christians, and Muslims are living there in peace. In our neighborhood, we all played together, and I have grown up in this special atmosphere of Haifa. I had many plans for continuing studies after graduating from an Arab Orthodox high school, but first I wanted to help my father for a few months. I continued to work in family food businesses for 24 years.  Opposite to our shop was a believers’ youth hostel. They shared the Gospel many times with me, but I was a hard nut to crack. My shop was surrounded by believers who faithfully prayed for me.

One hot summer day a young woman came to my shop. She told me that she is on her way to the church. In jest, I asked her to pray for me. She wanted to know, what to pray for. I wanted to have peace in my head. She promised to pray for me. She lived in the neighborhood and visited my shop regularly. Now and then she gave me books, but I never read them. Usually, I read only the sport section from the newspaper. One day, I got a small book by Josh McDowell called More than a Carpenter, and I started to read it. That book challenged my mind, teased my way of thinking. I started to compare it to the Bible and my heart opened to Christ. I never thought that it could happen to me, because I used to argue with believers, and I read the Bible only to convince them how wrong they were. Now I am a faithful follower of Jesus. The Lord used this woman as a tool to touch my heart and mind. She is now my wife and co-worker. Over the years we got two lovely sons, Daniel and Samuel. 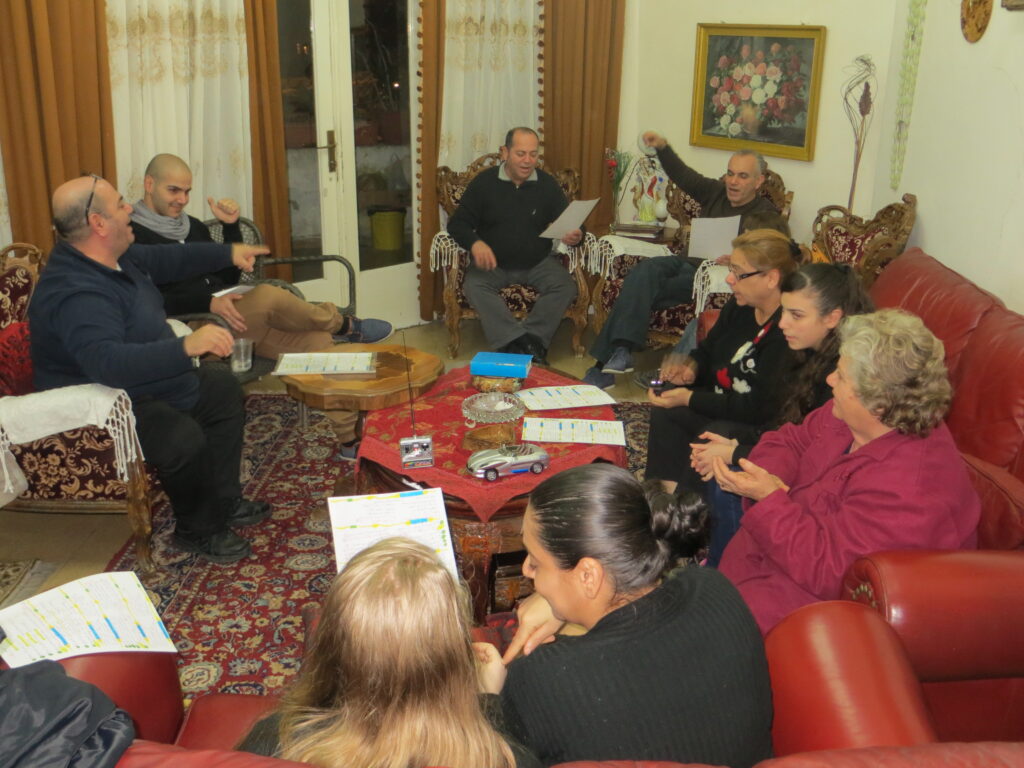 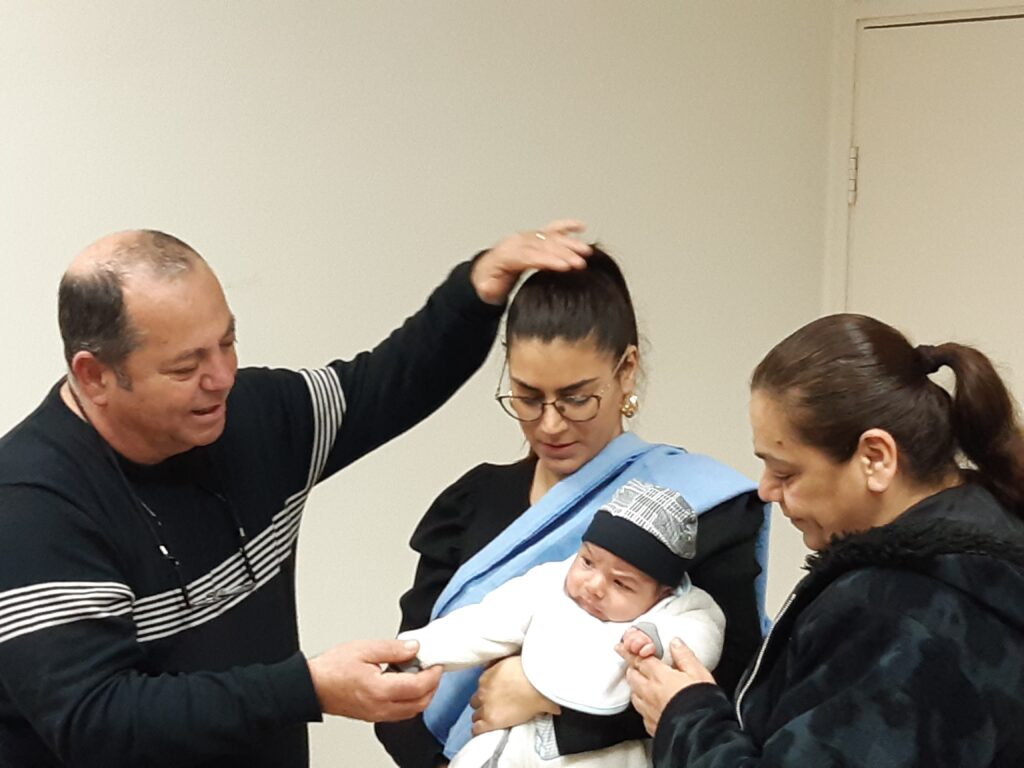 My Way to Studies

I was very thirsty to learn the Bible and started to pray in one small Church. We started holding homegroup meetings  at my parents’ home and my extended family liked to attend these meetings. One after another, they wanted to follow Jesus as well. I was asked to help in the church. I become an elder and started to teach the Bible. It was a special time to grow in the Lord. One American pastor asked me if I was interested in studying the Bible. He took me to NETS (Nazareth Evangelical Theological Seminary) where the manager interviewed me and I was accepted for the program. In autumn 2007, after my dear father died, the highly demanding theological program began. It was very hard for me, since I had only been believer for four years. I was the oldest student, and all the studies were in English, but I had high motivation to study the Bible. I loved to learn new things and to meet interesting people. After six years I graduated with high marks.

Our Story, from Pirkko’s perspective:

How my Dreams were Fulfilled

I was born in Iisalmi, Finland. When I was in high school, I had hard time studying foreign languages and I wondered why I needed to learn them. During my time at the University, where I was trained to become a teacher, my spiritual seeking led me  to a kibbutz in 1984. During that year I started following Jesus and fell in love with Israel. A long period of growth and preparation for service began with various Bible courses, work training at schools and volunteering in Israel. My dream was to serve the Lord in Israel and to have a family. Finally, in 2001, after Russian studies in Petersburg, I was sent by FELM to Shalhevetyah Congregation in Israel. Two years later, I got an invitation from Haifa to serve in Beit Eliyahu Congregation as a deacon. It was a great to work with children, Russian and Hebrew speaking families, and elderly people at Ebenezer Home. After I met with Elias, he started to follow Jesus and a few years later we got married, in December 2006. By the grace of God, we have two lovely sons, Daniel and Samuel. 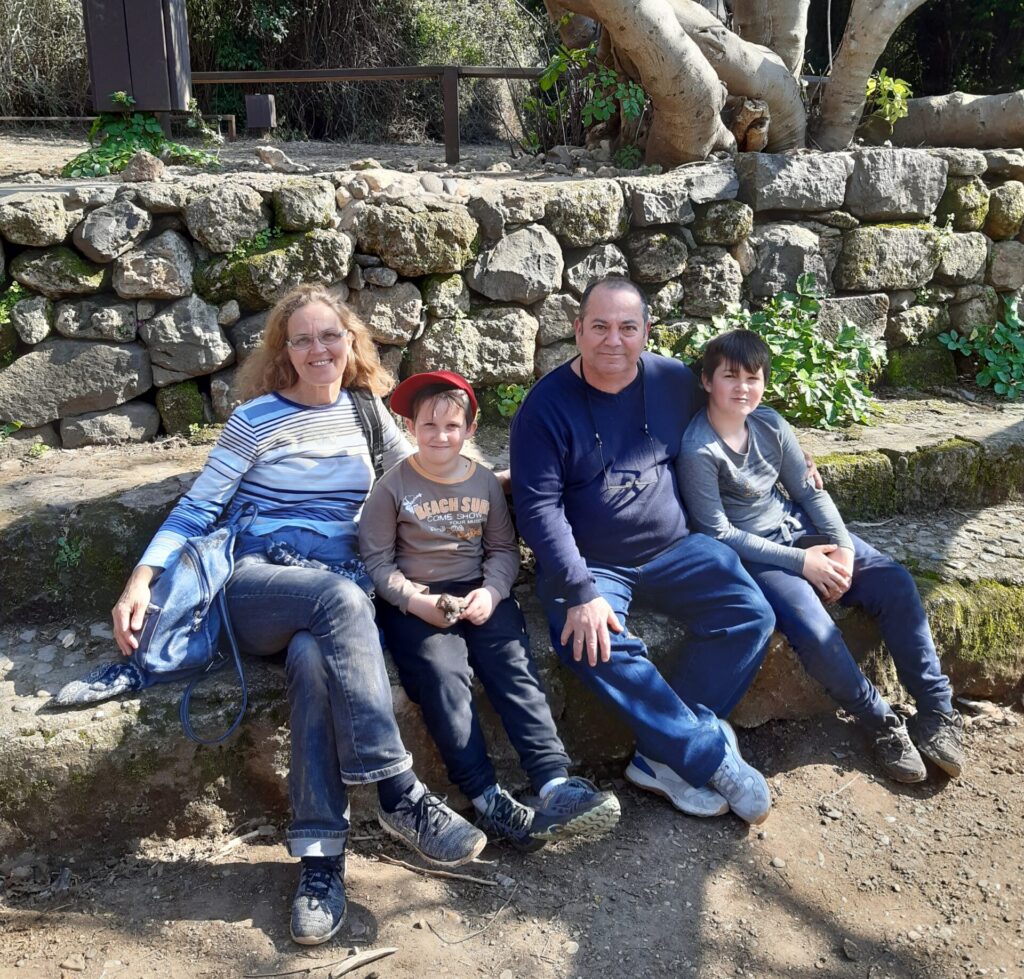 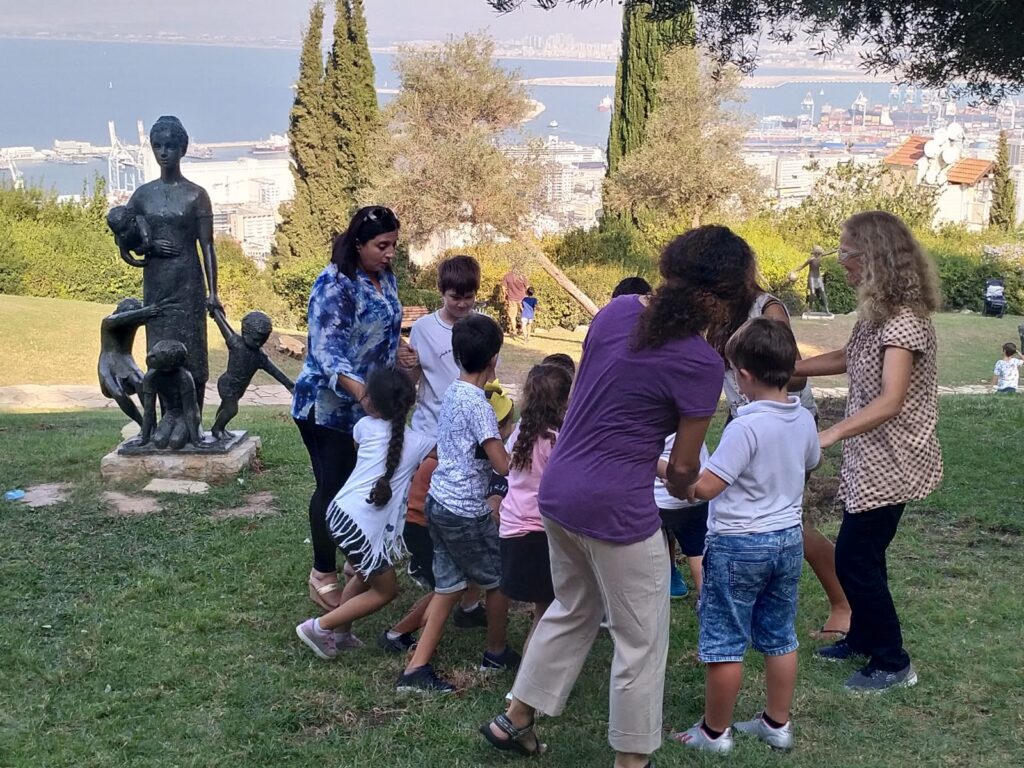 Finnish Lutheran oversees Mission (FLOM) became my employer in 2014, and since then the most important part of my work has been to reach and disciple Arabic speaking people together with Elias, who knows well the local languages and cultures. My task is to organize, to connect people, to bring new viewpoints and to encourage people to step forward. I understand why Jesus chose this place to be his homeland and sent the Gospel to the whole world. People in the Middle East are very social and nothing can be kept secret. News spread all over like wildfire. During my twenty years of service here, I have come to understand why I have started so many times from the beginning and had to study so many languages and cultures. The preparation time has been long and painful, but now it is crucially needed in our work today.